Made in Sheffield: A History of Knife Making and Steel in Sheffield
By admin
Reading time 10 minutes
25 October 2021
A
Ask the average person in the street where the best steel comes from and you’ll almost certainly receive the answer ‘Sheffield’. For over a century, Sheffield has been renowned for its steel. Producing everything from cutlery to industrial knife blades, the South Yorkshire city continues to be the heart of the UK’s steel industry. Find out more about this illustrious past, and promising future, with MRMK’s history of knife making and steel in Sheffield.

The beginnings of Sheffield’s steel and knife industry

Sheffield’s pedigree as the home of steel, knife and cutlery production goes back further than you may realise.

One of the first literary mentions of Sheffield’s steel production came in Geoffrey Chaucer’s The Canterbury Tales in the early 15th century. Although it’s almost certain that steel production in the area stretches back at least a century further.

These early days saw ‘little mesters’ (freelance craftsmen), making tools, cutlery, and knives from start to finish. These little mesters would primarily work from their own homes, taking the materials they needed from the local forests and hills. As the steel trade grew, these little mesters increasingly began to rent small workshops, and thus Sheffield’s steel-making areas began to coalesce.

From there, Sheffield’s steel industry grew slowly with only two working furnaces recorded as late as the 1730s.

However, only a few years later a discovery would be made which would light a fire under Sheffield’s steel industry, spurring growth and catapulting the ‘Steel City’ onto the national and global stage.

The birth of crucible steel

Benjamin Huntsman is a name that’s probably not familiar to the average person, but it’s thanks to this individual manufacturer that the ‘crucible steel process’ was invented, creating the high-quality steel that would help build Britain and the Empire.

The crucible steel process involved the use of coking coal to achieve furnace temperatures high enough to dissolve iron. Huntsman’s process also involved the use of blister steel (rather than direct conversion from cast iron). His process finally allowed steel to be fully melted and poured into casts – triggering a range of new applications for steel.

It’s hard to underestimate the importance of this innovation. Such was the demand for this new high-quality steel that Sheffield’s production rose from 200 tonnes of steel per annum to over 80,000 tonnes per annum, over the course of only 100 years.

As you can imagine, this ferocious growth propelled Sheffield from being a minor township to one of Europe’s leading industrial cities.

As is often the way in bustling, growing cities, innovation triggered further innovation.

The Bessemer process, as it became known, created a relatively inexpensive way of mass-producing steel from molten pig iron. What made the process so valuable was its ability to remove impurities from the iron via oxidation – with air being blown through the molten iron.

Thanks to this innovation, Sheffield’s steel production rose even further, with the city providing refined steel for railway parts, armour plating and construction.

Bessemer’s invention coincided with the invention of ‘Sheffield Plate’, a process developed by Thomas Boulsover, which involved using silver onto copper to produce high-quality silver plating.

A further innovation was created by John Brown (Sheffield’s first steelmaker to be knighted). He developed a rolling technique for armour plate and less than a decade later found himself supplying steel for three-quarters of the Royal Navy’s armour-plated ships.

All of these innovations created what became known as the ‘Bessemer Boom’; a period during which Sheffield became responsible for supplying large swathes of the world with steel.

To give you an idea of Sheffield’s global importance during this period, consider the fact that in 1871, the United States of America was importing over three times as much rail track from Sheffield as it was producing domestically.

During this period, Sheffield’s steelmakers continued to innovate. 1912 saw Harry Brearley, a chemist based at the city’s Brown Firth Laboratories, discover ‘rustless steel’ – now known as stainless steel. The innovations continued, with Dr W. H. Hatfield discovering ‘18/8’ in 1924 – which is now one of today’s most commonly used stainless steels.

Fast forward to the outbreak of the Great War and Sheffield was playing a central role in arming the military. During the Second World War, Sheffield continued to provide the raw materials for ships, planes and other armaments as well as being a major hub for munitions production.

Unfortunately, as with many other industrial cities across the UK, the post-war period saw the beginning of a decline.

Due to waning demand, competition from other countries and a combination of recession and inflation, Sheffield saw many furnaces close and significant numbers of redundancies amongst the city’s steel-making workforce.

During the 1980s, Sheffield lost more than 50,000 steel and engineering jobs.

Despite this post-war slump, Sheffield continued to be a hub of steel and knife making innovation. Throughout the 1960s, ‘70s and ‘80s, Professors F. B. Pickering and T. Gladman undertook groundbreaking research which was fundamental to the development of modern high strength, low alloy steels.

By the 2000s Sheffield’s economic fortunes had begun to return with a plethora of new, specialist, high-end steel and knife manufacturers once again putting Sheffield on the global map.

Today, Sheffield is home to a series of specialist steel producers and knife manufacturers.

These manufacturers are not merely eking out an existence though. Manufacturers such as MRMK are continuing Sheffield’s reputation for innovation, creating industrial knives and blades that are sought out by firms across the globe.

International buyers continue to choose Sheffield steel primarily because of the quality and heritage of the tools and knives that are manufactured here. At MRMK we export our blades to over 50 countries worldwide.

It’s our mission to change the machine knife industry for the better. We want to bring Sheffield’s heritage and propensity for innovation to bear in the industrial knife market. We’re creating quality blades at a competitive price.

Once again, Sheffield is the home to the world’s best knife manufacturers.

Find out what makes MRMK different

The Ultimate Guide to Blade Coatings and Their Benefits | Choosing the Right Industrial Blade Supplier for Your Operations | What Are the Different Types of Packaging Machine Knives? 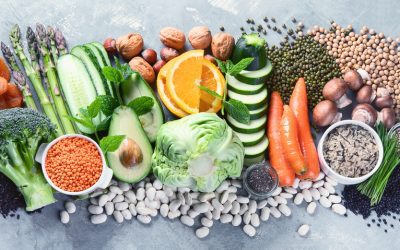 1. Sustainable business practices With climate change, carbon emissions and environmental degradation now at the forefront of consumers’ and politicians’ minds, the food industry is embracing sustainable practices in a big way. Whilst sustainability has been on the...

How the Food & Beverage Industry Is Embracing Sustainability

How sustainable is your food or beverage business? It’s a question more and more business leaders are asking themselves as consumers and governments demand that businesses reduce their environmental impact. If you’re just starting out on your company’s sustainability journey, what can you do? If you’re in need of some inspiration, keep reading and we’ll tell you how the food and beverage industry is embracing sustainability… 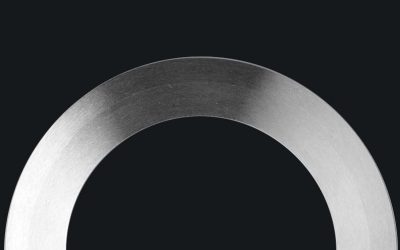 What Is a Slitter Blade and How Is It Used?

For decades, slitter blades have been an integral part of multiple industries including food processing, packaging and more. But, what exactly are slitter blades and how are they used? Keep reading and the MRMK team will tell you everything you need to know about slitter blades